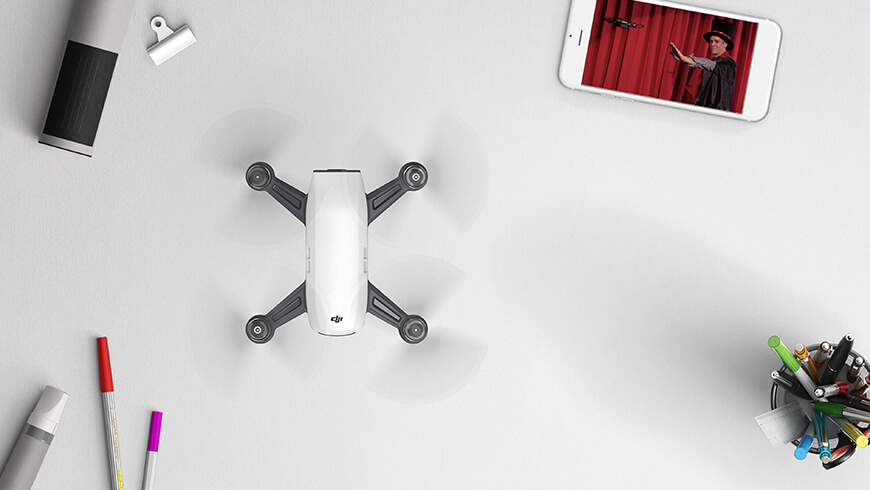 In technological terms, a drone is an unmanned aircraft. Formally they are known as unmanned aircraft systems (UAS) or unmanned aerial vehicles (UAV). It is a flying robot that can be controlled through a software-controlled flight plan built-in system working with onboard sensors and GPS. DJI Inc. is a Chinese company that develops various technical products, including DJI drones. The few types of DJI drones are Mavic, Spark, Inspire, Spreading Wings, Flame Wheel, Phantom, etc. They have a quality to work under critical climatic conditions like extreme high to extremely low temperatures. These drones can fly with stability against strong winds and also are waterproof.

How do drones work?

While drones provide a variety of purposes, such as recreational, photography, their two primary functions are flight and navigation.

Drones work for various purposes like commercial and military, recreational, photography, etc. In order to achieve flight, drones contain a power source, such as fuel or battery, propellers, rotors, and a frame. To reduce the weight and increase maneuverability, they made the frame if drone with a lightweight, composite material.

The world’s chief in the civilian and commercial drone industry is DJI, accounting for over 70 percent of the drone market. It is used worldwide for the films, television, and music industry, including sets of Emmy Award-nominated television productions and K-pop music videos.

Drones by DJI continue to rule the skies, whether you’re a drone pilot expert or a first-time flier looking for the ultimate flying camera.

The most popular product since its launch of DJI drones is the Phantom series. It is developed to integrated flight programming with a camera, Wi-Fi or Lightbridge connectivity, and the pilot’s mobile device. The most recent product was announced on October 15, 2018, i.e., Phantom 4 RTK

Unlike other technical devices, DJI drones are defenseless against issues due to their technical components. All of the different drone models of DJI Inc. might come up with these issues at some point. DJI drones are the world’s famous, but still, they can be faulty or damaged.

Here are a few issues or problems you might face with your DJI drone.

Changing the motor either CW clockwise or CCW Counterclockwise.

The issue in IMU Calibration for the stability of the aircraft is related to the sensor calibration.

A whole Camera replacement with flat cable and gimbal.

Shell Replacement is entirely body replacement by our technical expert.

Our expert technicians can repair errors in the GPS signaling system.

For any other issue, we have a team of experts, and they are highly qualified. Your drone problem can be resolved without any hassle.

Why should you choose us for DJI Drone Repair?