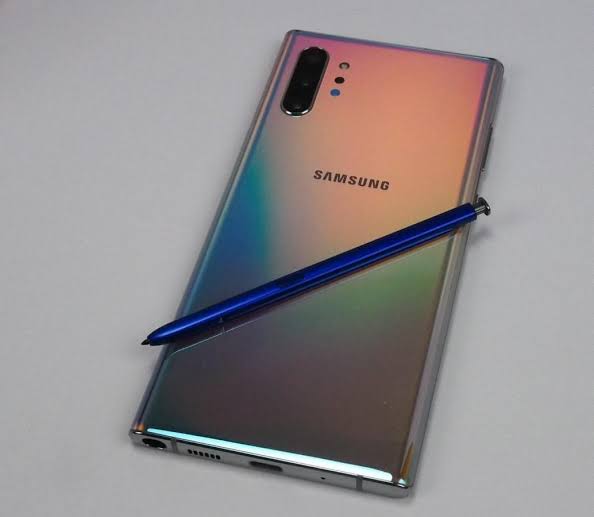 For today’s generation, without smartphones, it is impossible to live. When we have them, we can post anything at any time, we can get knowledge about our country’s current affairs by just a click, we can capture unforgettable memories by their high-quality cameras, and the list never ends. It is more suitable to say, that a day without a smartphone feels like a day without happiness. As smartphones are too popular amongst people, every day, hundreds of mobile companies come and go, and due to this, the level of competition is also very high.

Everyone likes a bigger screen, it not only provides you with detailed screen functions, but it is also a great tool to show-off amongst people. Moreover, if you are a selfie-lover, then you should know that its front 10MP camera and back’s 12MP+16MP+12MP cameras provide the user with autofocus modes and a high-quality picture resolution. As far as memory storage is concerned, the 8GB RAM and 256GB storage are enough to store multiple apps and provide smooth functioning while running the apps or playing PUBG. The phone just weighs 168 grams, but it provides a 3500mAh battery, so what do you need more.

Every problem has a solution, and so does Samsung Note 10 hindrances, such as:

When you deal with bigger screens, accidental touches becomes a very common problem. It is just very annoying when we are directed to some other app while we are doing something else, it just breaks our flow. So if you also face such problems with Note 10, all you need to do is go to Settings, select the Display option and switch on the Accidental Touch Protection bar. After doing this, feel free to use your phone.

With an exceptionally amazing battery pack and the fastest charging feature, the battery lasts for a very long time. However, every smartphone has a problem, you can also suddenly face a battery problem, so do not panic and go to Settings, then to Device Maintenance, then to Battery, and finally, on the Battery Usage command, you will get to know the real problem. If some kind of app is malfunctioning which is causing the battery to drain fast, then it will appear on the top, so you can disable or reinstall the app. Samsung Note 10 Repairs are so easy that it does not involve any sort of complex functions.

The Samsung Note 10 offers its users a great feature, in which the user can use their phone in the shower, or the pool, even if you drop it, until 5 ft. your phone will work normally. After using the phone near water, the speaker might get wet, which can cause inaudible or funny sounds, it is not a problem at all as the speaker has got water into it. All you have to do is to let it dry after it dries the speakers will work normally. It is recommended to not charge the phone when it is wet, it can cause sparks in your mobile and can also lead to permanent damage.

Many users have said that they have an issue while scanning their fingerprints, which causes the phone to remain in the unlock position. The problem might be because of the built-in screen protector, which is detachable. Even after dethatching it you can’t solve the problem, then try to hold your phone with one hand and then try to unlock the phone with the other hand, after few successes, the phone will get used to the fingerprint sensor.

Enjoy everything your phone offers!