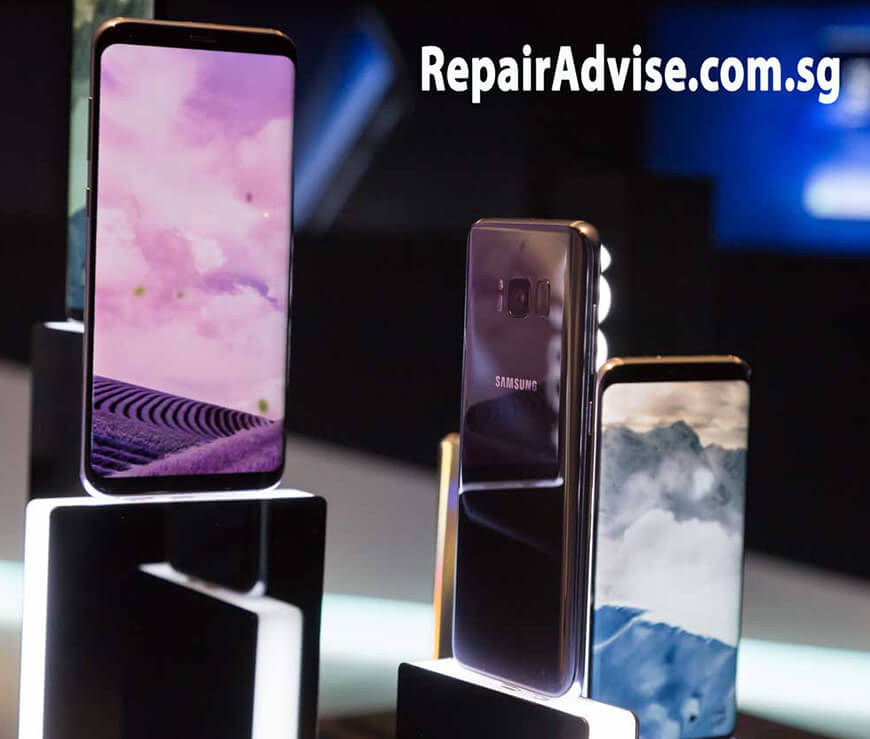 Samsung phones are very popular. The Korean company has diversified its phone models to cater for both high-end and low-end clients. Its new Samsung S8 is one of the premier smartphones in the market and it’s the latest in a line of high-end quality smartphones. There’s also the Samsung S8+ which also comes with great features. From the 5.8-inch display, a 3000 mAh battery, a 12 MP rear camera and an 8MP front camera to its light sleek design, Samsung has gone all out to offer the best smartphone experience.

The S8 also comes with wireless charging and it’s also dust, splash, and waterproof. The octa-core 2.3 GHz quad, 10nm processor 64 bit and 4 GB of RAM offer a very efficient performance too. But we also know that the Korean company has been competing with iPhone for dominance in the smartphone market and has released many great models. Let’s compare the S8, the latest phone released by the company with the other previous models.

Here’s a breakdown of these differences.

Although Samsung has always gone out on its way to deliver a nearly perfect smartphone for its massive customer base, sometimes things don’t always work out that way. It’s not a surprise to find many phones in the Samsung’s line of smartphones with a few issues here and there.

In case you’ve been affected by a problem in your Samsung smartphone, there are two possible solutions you can try. You can always try to fix the phone yourself which is not recommended or get it repaired at a  Samsung Service Center or an authorized third-party repair service

Different Samsung phone models have many issues with the screen or the display. Each issue is very unique to these models but of course, there are some that cut across all of them.

Here are some of the common Samsung screen issues that we have seen so far:

The 5.8″ Quad HD+ Super AMOLED display system on the S8 is the epitome of the kind of work Samsung has put to develop its phone displays but it’s very delicate. If you have any screen issues, most of the time, a possible solution would involve full screen replacement. This would cost around $270 at a Samsung Service Center but you can save some money using authorized third-party repair services.

Phone Fails to Turn On

There are also cases where the phone fails to turn on even after pressing the power on button. The Samsung Note 5 had many similar issues but we have also seen some cases reported with the S8 and the S7 too. If your phone does not turn on, you need to press the volume down button and the power button at the same time.

Samsung phones have always done well when it comes to cameras. The S8, for instance, features a 12 MP rear camera as well as an 8MP front camera. But issues are not uncommon. If your camera is blanking, taking no photos at all, or even taking blurred images, it means it’s defective. The issue happens often with the camera lens and the great thing is that cameras can be replaced at the Samsung Service Center or at a third-party repair service provider. If you have any issues with the Samsung camera, just have it replaced.

The S8 and the S7 both have a 3000 mAh battery with the S6 and S5 having 2550 mAh and 2800 mAh respectively. The Samsung battery is often compared to the iPhone’s but it can have some issues. Some of the common battery problems we have had with Samsung include quick drain, bloating and overheating, phone not charging or charging very slowly.

Samsung was one of the first phone makers to pioneer waterproof designs in their production. Models from the S5 to the S8 are all water and dust proof but earlier models can get damaged if exposed to water. The same is also true for newer models. Although the S5, S6, S7, S8 and S8 Plus are waterproof, it’s always important to take precautions if they are exposed to water.

Things to Do Before Sending the Samsung Phone for Repair

In case you are sending the phone to a Samsung Service Center, restore it to factory reset if you can. It’s important to back up all the data even if you are using an authorized third party. Make sure the phone is turned off too.

If you have decided to have your Samsung phone repaired at an authorized third-party service center, there are a number of great benefits for you even though the warranty will be voided. The third-party service will do the same job for less money and will not require that your phone is reset to factory settings. The repairs are done faster compared to service centers and motherboard issues can also be handled.

Samsung phones are very popular. The Korean company has diversified its phone models to cater for both high-end and low-end clients. Its new Samsung S8 is one of the premier smartphones in the market and it’s the latest in a line of high-end quality smartphones. There’s also the Samsung S8+ which also comes with great features. From the 5.8-inch display, a 3000 mAh battery, a 12 MP rear camera and an 8MP front camera to its light sleek design, Samsung has gone all out to offer the best smartphone experience. The S8 also comes with wireless charging and it’s also…
Samsung Phone Repair Singapore
Samsung Phone Repair Singapore
repairadvise